Your Job Search MUST Be Aggressive

Published by Sue Montgomery on February 24, 2018 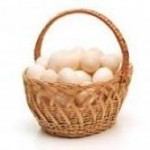 Remember the saying, “Don’t put all your eggs in one basket?” It’s especially true when you’re looking for a job. While job boards are certainly one way to find opportunities, they’re not the only way, and often not the best way.

Consider what happened to one of my clients. His company was purchased and he was asked to relocate to the new headquarters a few states away. The job wasn’t exactly what he had been doing at the old place and not exactly what he wanted to do, but he was promised that as soon as things settled down, he would be put back into the same role; perhaps a better position. So he went.

Soon he found himself looking at a new organization chart that didn’t include his name. A reshuffling had eliminated several key management roles; his among them. So he went online and started searching. He also started calling everyone he knew; former associates, other people at the “new” company that had been caught in the shakeup, and executive recruiters he had worked with in the past. He didn’t depend on just one way to find a job; he pulled out all stops. Quite successfully too. He soon found a new job doing what he truly enjoyed.

Another client took an equally aggressive approach to find her new job. She worked at it at least 8 hours a day. She applied online, joined a workgroup, networked with everyone she knew, and signed up with recruiters.

At one of the workgroup sessions, she was told it would take an average of 37 weeks to find another job. She stood up and said, “No way; I’m not going to be part of that statistic. I don’t know how, exactly, I’m going to beat it, but I AM going to beat it!” I got an email from her saying that after 10 weeks, she got a formal offer (and accepted it).

If you’ve cut back or never quite ramped up your job-search efforts, consider the success of people like these who put a full, concentrated effort into finding a new job, did not depend on just one method, and walked away winners!