Best-Paying Companies for Interns in 2014 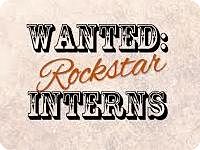 Internships are great opportunities to stand out from other soon-to-be new graduates. They let you combine practical, hands-on job experience with academic training. Sometimes you can go straight from the internship right into your first job with the same company.

In recent years, there’s been some controversy about non-paid and low-paid internships. While I think any internship is an advantage for first-time job seekers, if you’re looking for a great-paying internship, check out some of the following companies. In a recent industry survey, they were identified as paying interns the most money. Some of these internships pay as much as $75,000 a year, far above the median household income of $53,046 reported by the U.S. Census Bureau.

San Francisco Bay Area companies head the list, representing 18 of the top 25 firms. Nineteen of the highest-paying organizations are in the technology sector and four are within the oil, gas, energy, and utilities area.

For the Complete Lowdown

Parts of this article were taken from the “25 Highest Paying Companies for Interns 2014 (Glassdoor.com).