Published by Sue Montgomery on September 30, 2017 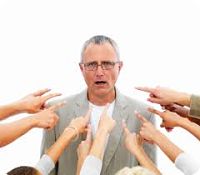 The American cartoonist, Cathy Guisewite, whose “Cathy” cartoon had a 34-year run in multiple newspapers, described the four major guilt groups as food, love, career and mothers. Notice how “career” made it into the top three?

There was a time when employers and employees looked out for each other. There was a bond of loyalty between them. People were hired, stayed with the company, and retired with nice pensions and that same sense of loyalty. A career often meant staying with one employer.

But the workplace has changed. Companies are buying, selling, restructuring and closing. Even the big ones either aren’t around anymore or have transformed so much they’re hardly recognizable. Every business in every industry is competing for dollars and cutting costs anyway they can. Unfortunately, that often means cutting people, in most cases, without notice and without guilt.

Yet there are still people who feel guilty when they think about looking for another job to advance their career.

My client comes to mind.  He stopped by my office during his lunch hour to talk about having a new resume done. Joe had been with the same company for 15 years and had enjoyed it for all but the last year or so. That’s when a reorganization took place and he got a new manager. Joe didn’t like the guy, didn’t agree with how he was running the department, was very unhappy in his job, and was thinking about leaving to restart his career somewhere else.

I can’t remember Joe’s industry but I do recall it was one that was very narrow; not a lot of different companies engaged in it. When Joe asked me where I thought he should look for a job, I suggested his employer’s competitors. “Oh, I couldn’t do that,” Joe said, “I’ve been with the company a long time and I’d feel guilty working for one of its competitors.”

“Joe,” I said, “if your employer thought for one second that you were no longer useful, you would be fired, and the company wouldn’t feel the least bit guilty.” “You’re wrong,” Joe replied. “You don’t know my company. It’s not like that.” As we parted, I told Joe I hoped I WAS wrong.

About 15 minutes after he left my office, Joe called. “How soon can you get my resume ready?” he asked. “When I got back to work, my boss saw me walk in and kind of chuckled as he asked why I was dressed up. Had I been on a job interview? I said, no, I had been talking to someone about updating my resume. He fired me on the spot. I’m getting ready to contact every competitor I can.”

I got a call from Christie. She had worked for the same individual for seven years; a wealthy man with multiple business interests. He had met Christie while serving on the Board of her previous employer, was impressed by her professionalism, and had aggressively recruited her as his executive assistant. He met Christie’s salary and benefits demands, put together a job description and employment agreement, and Christie happily made the career move.

“I worked for him and his family,” Christie said, “handling personal matters as well as business issues, but always with a clear distinction of where my job began and ended. Things were great for several years, then the line between job responsibilities and personal favors began to blur. I was asked to do things like take care of the children, shop for groceries, meet the plumber, and stop by his house to let the dogs out.” At first, Christie thought she was just being asked to help out in a pinch but as time went on, the personal service items seemed to become more and more a regular part of her job.

“I talked to my boss it,” Christie said, “letting him know I didn’t feel these more personal tasks should be an expected part of my job. He would seem to agree but nothing changed. So I’ve started to think about looking for another job. It’s tough, though, because I’ve really built good relationships with him and his family and feel so guilty to even think about leaving them.”

I advised Christie to consider her own happiness first. If her boss were dissatisfied with her, he would let her go. She needed to exercise the same option, without guilt. It’s her career!

What You Can Learn From Joe and Christie For Your Career 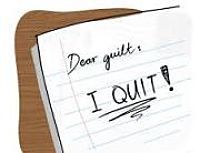 The lesson you can learn from Joe and Christieis simple: There is no place for guilt in the workplace.

Just as companies make decisions that best support their operational and financial objectives, so must employees make decisions that best support their careers. If you are no longer satisfied in your job. If the atmosphere has become toxic. If the business is having trouble staying afloat. Or if there is any other reason why your job just isn’t right for you anymore, make the decision to find something better. Think about yourself; decide what you need; and move forward. Without guilt. It’s your career, take charge.