Career Success Can Come From Patience and Persistence 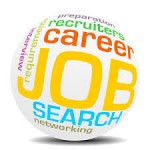 If you are discouraged by your lack of progress in making a career transition, perhaps the following story about Jennie, a young woman I worked with a few years ago, will encourage (or even inspire) you.

Jennie had just transferred back to the United States from Japan where her military spouse had been deployed for four years. She had wisely used the time abroad to attend a satellite of the University of Maryland and earn her Bachelor’s in Business Administration.

Jennie had not attended college after graduating from high school and had worked for about five years as a secretary prior to attending the University of Maryland. She hoped to use her newly minted degree as a path to management positions. The first step was to apply for management training programs with large companies.

About six weeks after she began sending her resume and cover letter to potential employers, I got a call from a very discouraged Jennie. She was losing hope of ever making the transition from being a secretary to being a manager. Companies that had contacted her just weren’t offering the kinds of opportunities she wanted. Jennie was ready to go back to being a secretary and wanted her resume and cover letter revised to focus on that goal.

I believed Jennie had what it took to make this important career move and advised her not to give up. I said that unless she had to get a job right now in order to survive, wait several more weeks, even a few months, for the right calls to come. If she gave up and went back to being a secretary, in all likelihood, that’s where she would end her career.

Jennie’s Career as a Manager

Jennie took my advice and about two months later, called to say she had been accepted into a management training program for a local bank. Within a year, she was promoted and the next year recruited by a competing bank. Soon after, Jennie was recruited and hired by General Electric, promoted several times within that organization, then recruited and hired by a large healthcare firm.

Jennie and I have kept in touch through each phase of her career. She has amassed some outstanding achievements, been recognized as a high-potential candidate, and selected to attend advanced management training programs. She also got her Master’s degree.

Following several promotions and moves to higher-level jobs, Jennie is now a C-level executive with a global organization.